About The RAS Roman Army School

For those interested in the study of the Roman army. 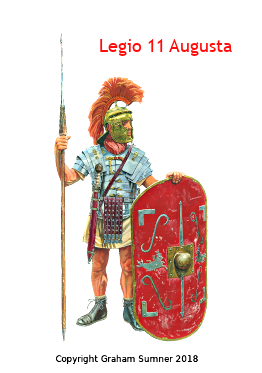 In AD 43 the Emperor Claudius ordered the Invasion of Britain. A powerful Roman army crossed the channel and soon the conquest was underway. Britannia became a new Roman province. The army brought with it new ideas, technology and a new way of life which was adopted by many local inhabitants. The army as well as being a formidable fighting machine was also the instrument of Romanisation. Our group aims to study and explore the Roman military and its effect on society.

Our aims are to encourage an interest in the Roman army and to share our knowledge. We do this by organizing a conference with the very best lecturers we can find.

The RAS meets once a year and is open to anyone interested in the Roman army.

The annual conference attracts leading academics and others with specialist and expert knowledge of Roman military matters. Every year a theme is chosen and speakers are invited to make presentations sharing their knowledge and explaining the latest thinking on their subject. Lively debates follow each lecture.

In 2019 the theme was Sieges and Artillery, in 2018 the theme was Military Personell, in 2017 The Frontiers Of The Roman Empire and in 2016, Women In Roman Society. The RAS attracts speakers and experts from the UK, Europe and the USA. Past speakers have included:

Delegates include eminent archaeologists, reenactors, retired army officers, historians and laymen and women with an interest in Romans. All are welcome!

Go to RAS 2022 for information about our next conference.

There were two types of soldier. Legionaries were Roman citizens and served in the Legions. Auxiliary soldiers were men from allied states who could be granted citizenship at the end of their service. The legionaries were heavy infantry and provided the main line of battle. The auxiliaries provided the cavalry, archers, slingers and some infantry troops. They were formed into regiments of 500 to 1000 men and fought in support of the legions.