Other ways to keep in touch with the RAS.

Nowhere are our calculations more frequently upset than in war. Livy (64 or 59 BC – AD 17) 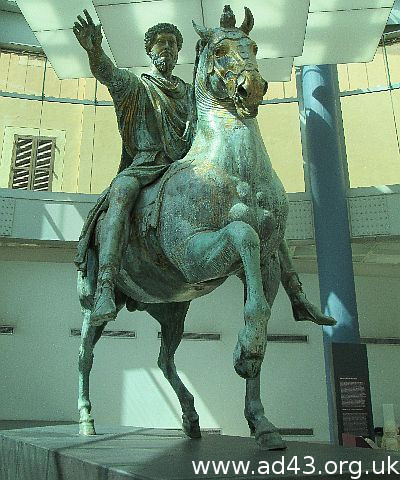 Marcus Aurelius was Roman emperor from 161 to 180, ruling jointly with Lucius Verus until the latter died in 169 and jointly with his son, Commodus, from 177. He was the last of the so-called Five Good Emperors. His reign was very difficult seeing a long succession of military crises during which the empire was threatened by invasion on all its major frontiers. He is thought of by many as almost the perfect emperor.